"Our results provide novel insights into a pathogenic process potentially linking surgery to the subsequent development of AD in vulnerable patients," write Dr. Igor Feinstein and colleagues at Stanford University School of Medicine in JAMA Neurology.

"The most important implication of our study is the finding that undergoing major surgery causes biochemical changes like those seen in Alzheimer's disease," Dr. Feinstein told Reuters Health by email.

"While it has long been suspected that undergoing major surgery may compromise neurocognitive function, this is the first time that surgery has been linked to biochemical changes that are extremely sensitive and specific for this devastating disease," Dr. Feinstein said.

"Importantly, we also showed that different types of major surgery cause different degrees of biochemical change, implying that not all surgeries may convey the same risk of neurocognitive dysfunction," he added.

In the cardiac-surgery patients, median plasma pTau181 concentrations before surgery were 1.40 pg/mL, below the threshold (1.81 pg/mL) associated with progression to AD.

During surgery, however, pTau181 levels increased 5.1-fold to 6.75 pg/mL and plasma total tau levels rose 26.1-fold (from 2.44 to 58.74 pg/mL). Levels of pTau181 and total tau remained elevated on the first and second days following surgery, although not significantly.

Dr. Feinstein cautioned that the current study focused only on short-term biomarker changes "which makes it difficult to speculate about their long-term significance."

"Thus, while there are no immediate clinical implications for vulnerable populations (e.g., older adults and those with pre-existing cognitive impairments), ongoing work will hopefully pave the way for the development of individualized care protocols focused on optimizing perioperative cognitive outcomes," Dr. Feinstein added.

The study had no commercial funding and the authors have no relevant disclosures. 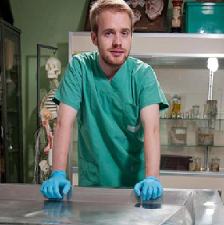